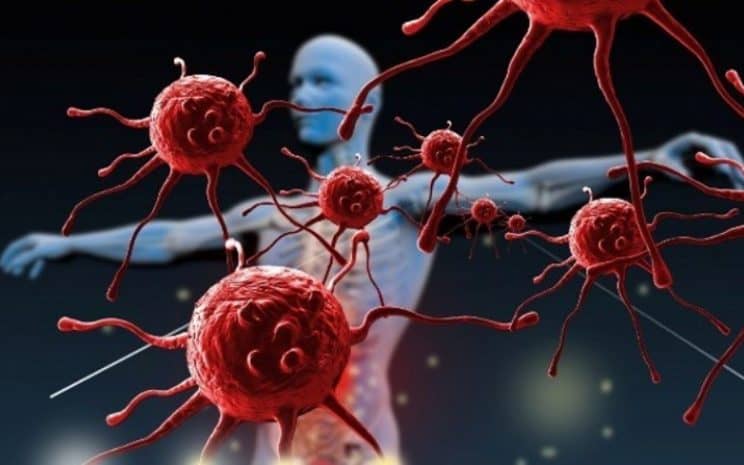 Immunity to severe acute respiratory syndrome coronavirus 2 (SARS-CoV-2) infection is a vital issue for global society. Determining the quality and duration of that immunity is therefore key. But the adaptive immune system is complex, and these factors may differ between natural immunity (obtained by infection) and vaccine-generated immunity (1). Additionally, there is the question of the combination: What kind of immunity develops in people with natural immunity who are subsequently vaccinated? Such “hybrid immunity” is particularly interesting because of the notable finding that people with previous SARS-CoV-2 infection mount unusually potent immune responses to COVID-19 vaccines (2). This is exemplified in two studies in this issue on pages 1413 and 1418 by Stamatatos et al. (3) and Reynolds et al. (4), respectively, which also highlight natural and vaccine-induced immune responses to variants.

Immunological memory is the source of protective immunity. Natural immunity and vaccine-generated immunity to SARS-CoV-2 are two different paths to protection. The adaptive immune system consists of three major branches: B cells (the source of antibodies), CD4+ T cells, and CD8+ T cells. For natural immunity, immunological memory to SARS-CoV-2 has been observed for more than 8 months for CD4+ T cells, CD8+ T cells, memory B cells, and antibodies (5), with a relatively gradual decline that appears to partially stabilize within a year (5–7). Levels of immunity can be placed on a spectrum, and natural immunity against symptomatic infection (COVID-19) has been found to be between 93 and 100% over 7 to 8 months in large studies, including locations where the SARS-CoV-2 variant of concern (VOC) B.1.1.7 (alpha) was widespread.

Natural immunity against variants with changes that substantially reduce antibody recognition [e.g., B.1.351 (beta), P.1 (gamma), B.1.526 (iota), and B.1.617] is less clear; there is evidence of more reinfections with such variants (8). Neutralizing antibody activity against most VOCs is reduced for natural immunity and vaccine-generated immunity. That most VOCs have mutations engendering partial antibody escape is evidence of selection pressure to evade natural immunity. The biological relevance of the reductions in neutralizing antibody potency against variants is most clearly evident from vaccine clinical trials and observational studies. Among current COVID-19 vaccines in use, ChAdOx1 nCoV-19 (AstraZeneca) vaccine efficacy against symptomatic cases dropped from 75% to 11% against B.1.351 (9). By contrast, BNT162b2 (Pfizer/BioNTech) vaccine efficacy against symptomatic cases dropped from ∼95% to 75% against B.1.351, and protection against severe disease remained at 97% (10). Initial reports suggest that both vaccines retain most of their efficacy against B.1.617.2 (delta).

There appear to be both B cell and T cell components to hybrid immunity. An important question about antibody-mediated immunity against VOCs has been whether neutralizing antibody reductions are due to intrinsically low antigenicity of the VOCs. That is, is it intrinsically challenging for B cells to recognize the variants’ mutated spike proteins? The answer is no. Studies of natural infection with B.1.351 showed that neutralizing antibody responses were robust against that variant and the ancestral strain (11). Moreover, neutralizing antibodies against B.1.351 after vaccination of individuals previously infected with non-B.1.351 SARS-CoV-2 were ∼100 times higher than after infection alone and 25 times higher than after vaccination alone—even though neither the vaccine nor infection involved the B.1.351 spike. This enhanced neutralizing breadth was first reported by Stamatatos et al. and then confirmed by multiple groups (4, 12). Overall, the strength and breadth of the antibody responses after vaccination of previously SARS-CoV-2–infected persons was unanticipated.

Why does this pronounced neutralizing breadth occur? Memory B cells are a primary reason. They have two major functions: one is to produce identical antibodies upon reinfection with the same virus, and the other is to encode a library of antibody mutations, a stockpile of immunological variants. These diverse memory B cells, created in response to the original infection, appear to be preemptive guesses by the immune system as to what viral variants may emerge in the future. This brilliant evolutionary strategy is observed clearly for immunity to SARS-CoV-2: A substantial proportion of memory B cells encode antibodies that are capable of binding or neutralizing VOCs, and the quality of those memory B cells increases over time (7). Thus, the increase in variant-neutralizing antibodies after vaccination of previously SARS-CoV-2–infected persons reflects recall of diverse and high-quality memory B cells generated after the original infection (7, 12).

T cells are required for the generation of diverse memory B cells. The evolution of B cells in response to infection, or vaccination, is powered by immunological microanatomical structures called germinal centers, which are T cell–dependent, instructed by T follicular helper (TFH) CD4+ T cells. Thus, T cells and B cells work together to generate antibody breadth against variants. Additionally, T cells appear to be important at the recall stage. Memory B cells do not actively produce antibodies; they are quiescent cells that only synthesize antibodies upon reinfection or subsequent vaccination. Memory B cells are increased 5- to 10-fold in hybrid immunity compared with natural infection or vaccination alone (3, 12). Virus-specific CD4+ T cells and TFH cells appear to be key drivers of the recall and expansion of those SARS-CoV-2 memory B cells and the impressive antibody titers observed (13, 14).

Antibodies are clearly involved in protection against SARS-CoV-2 reinfection, but evidence also points to contributions from T cells (1). T cell responses against SARS-CoV-2 in natural infection are quite broad (1), and most T cell epitopes are not mutated in VOCs, indicating that the contributions of T cells to protective immunity are likely to be retained (4, 15). Most of the COVID-19 vaccines in use consist of a single antigen, spike, whereas 25 different viral proteins are present in SARS-CoV-2. Thus, the epitope breadth of both the CD4+ and CD8+ T cell responses is more restricted in current COVID-19 vaccines than in natural infection (1), whereas hybrid immunity consists of both spike and non-spike T cell memory. Notably, the Pfizer/BioNTech and Moderna COVID-19 messenger RNA (mRNA) vaccines can substantially boost spike CD4+ T cell responses in previously infected persons after one immunization (3, 4, 13, 14). Differences in T cell responses after two doses of vaccine are more variable in those individuals (3, 13).

The immune system treats any new exposure—be it infection or vaccination—with a cost-benefit threat analysis for the magnitude of immunological memory to generate and maintain. There are resource-commitment decisions: more cells and more protein throughout the body, potentially for decades. Although all of the calculus involved in these immunological cost-benefit analyses is not understood, a long-standing rule of thumb is that repeated exposures are recognized as an increased threat. Hence the success of vaccine regimens split into two or three immunizations. Heightened response to repeated exposure is clearly at play in hybrid immunity, but it is not so simple, because the magnitude of the response to the second exposure (vaccination after infection) was much larger than after the second dose of vaccine in uninfected individuals. Additionally, the response to the second vaccine dose was minimal for previously infected persons, indicating an immunity plateau that is not simple to predict. Moreover, previously infected people in some SARS-CoV-2 vaccine studies included both asymptomatic and symptomatic COVID-19 cases. Enhanced vaccine immune responses were observed in both groups, indicating that the magnitude of hybrid immunity is not directly proportional to previous COVID-19 severity.

Overall, hybrid immunity to SARS-CoV-2 appears to be impressively potent. The synergy is primarily observed for the antibody response more so than the T cell response after vaccination, although the enhanced antibody response depends on memory T cells. This discordance needs to be better understood. Will hybrid natural/vaccine-immunity approaches be a reproducible way to enhance immunity? The Shingrix vaccine to prevent shingles, which is given to people previously infected with the varicella zoster virus, is impressively effective (∼97% efficacy), and elicits much higher antibody responses than viral infection alone. These principles also apply to combinations of vaccine modalities. It has long been observed that combining two different kinds of vaccines in a heterologous prime-boost regimen can elicit substantially stronger immune responses than either modality alone—depending on the order in which they are used and on which vaccine modalities are combined—for reasons that are not well understood. This may occur with combinations of COVID-19 vaccines, such as mRNA and adenoviral vectors, or mRNA and recombinant protein vaccines. These recent findings about SARS-CoV-2 immunology are pleasant surprises and can potentially be leveraged to generate better immunity to COVID-19 and other diseases.