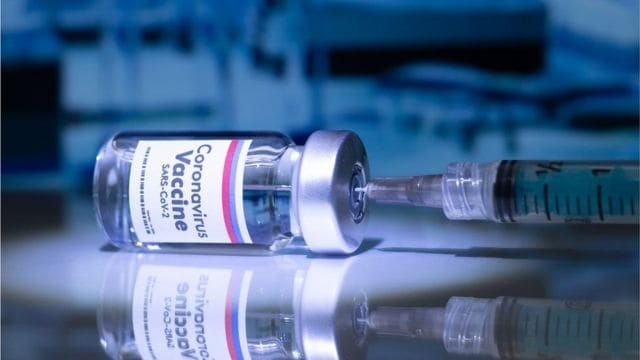 Russia’s vaccine is in use in nearly 70 nations, but its adoption has been slowed by controversies and questions over rare side effects, and it has yet to garner World Health Organization approval.

Russia’s COVID-19 vaccine, Sputnik, has been the subject of fascination and controversy since the Russian government authorized its use last year, before early-stage trial results were even published. Evidence from Russia and many other countries now suggests it is safe and effective — but questions remain about the quality of surveillance for possible rare side effects.

Sputnik V — also known as Gam-COVID-Vac — was the first COVID-19 vaccine to be registered for use in any nation, and it has since been approved in 67 countries, including Brazil, Hungary, India and the Philippines. But the vaccine — and its one-dose sibling Sputnik Light — has yet to receive approval for emergency use from the European Medicines Agency (EMA) or the World Health Organization (WHO). Approval by the WHO is crucial for widespread distribution through the COVID-19 Vaccines Global Access (COVAX) initiative, which is providing doses for lower-income nations.

Developed by scientists at the Gamaleya National Research Center of Epidemiology and Microbiology in Moscow, the vaccine was authorized for use by the Russian Ministry of Health on 11 August 2020, more than a month before phase I and II trial results were published, and before the phase III trial had even begun.

The scientific community greeted Russian President Vladimir Putin’s announcement of the vaccine’s registration with outrage. “If the government’s going to approve a vaccine before they even know the results of the trial, that does not build confidence,” says epidemiologist Michael Toole at the Burnet Institute in Melbourne, Australia.

Some of that concern was allayed when the phase III trial results1, published in February by the vaccine’s developers, suggested that it is 91.6% effective at preventing symptomatic COVID-19 infection and 100% effective at preventing severe infection. However, some scientists criticized the authors for failing to provide access to the full raw data from the early-stage trials, and also voiced concerns about changes in the vaccine’s administration protocol and inconsistencies in the data.

The authors responded by saying that they had provided the regulatory authorities with all the data necessary for obtaining approval, and that the data included with the paper2 were enough for readers to confirm the vaccine efficacy that they reported. They also addressed the protocol queries, and said numerical inconsistencies were “simple typing errors that were formally corrected”.

Despite the absence of approval from the EMA or the WHO, several countries, including South Korea, Argentina and India, are already manufacturing Sputnik V. And India plans to pump out at least 850 million doses, to help speed up the vaccination of its embattled population. Many other countries, such as Hungary and Iran, are importing Sputnik V, and it has become a key plank of their vaccination campaigns.

But it hasn’t been plain sailing. Brazil’s health regulator rejected an application to import Sputnik V in April over concerns at a lack of data on safety, quality and effectiveness. That decision was reversed in June, but the vaccine has been approved only for healthy adults.

An elderly man receives a dose of the Sputnik V vaccine in Caracas, Venezuela.Credit: Federico Parra/AFP/Getty

Two viral vectors are better than one?

Sputnik V is an adenovirus vaccine, which means that it uses an engineered adenovirus — a family of viruses that generally cause only mild illness — as a delivery mechanism for inserting the genetic code for the SARS-CoV-2 spike protein into human cells.

It is similar to the Oxford–AstraZeneca and Johnson & Johnson vaccines. But instead of using one engineered adenovirus, as those two vaccines do, Sputnik V uses different adenoviruses, called rAd26 and rAd5, for the first and second doses, respectively.

Dmitry Kulish, a biotechnology researcher at the Skolkovo Institute of Science and Technology in Moscow, who is not involved in the development of Sputnik V, says the scientific reasoning would have been to increase efficacy. The two adenoviruses have slightly different methods of introducing their genetic material into a host cell, he says, which would theoretically improve the success rate of getting the viral genetic material where it needs to go.

The randomised phase III trial, published in interim form in February, administered 14,964 adults with the two-dose vaccine and 4,902 with two doses of placebo. Only 16 subjects in the vaccine group developed symptomatic COVID-19, compared with 62 in the placebo group, representing a vaccine efficacy of 91.6%. Furthermore, there were no cases of moderate to severe disease in the vaccine group, but 20 in the placebo group.

Unpublished data from 3.8 million Russians vaccinated with two doses also point to an efficacy of 97.6%, according to an April press release from the Gamaleya Institute. Figures released by the United Arab Emirates Ministry of Health, on some 81,000 individuals who had received two doses of the vaccine, suggested 97.8% efficacy in preventing symptomatic COVID-19 and 100% efficacy in preventing severe disease.

Russia’s phase III study also found that even one dose was 73.6% effective at preventing moderate to severe disease. This led the Russian health authorities to approve the one-dose Sputnik Light — which uses the rAd26 vector — in May, on the basis of data from the country’s own vaccination programme, which suggested that it was 79.4% effective at preventing symptomatic disease.

Since then, an as-yet unpublished study from the Buenos Aires health ministry in Argentina, involving 40,387 vaccinated and 146,194 unvaccinated people aged 60–79, found that a single dose of Sputnik Light reduced symptomatic infections by 78.6%, hospitalizations by 87.6% and deaths by 84.7%.

Sputnik’s side effects are also becoming clearer; studies so far suggest that they are similar to those of the other adenovirus vaccines, with the notable exception of rare blood-clotting conditions. Unlike for both the Oxford–AstraZeneca and Johnson & Johnson vaccines, there have been no reports of these disorders from Russian health authorities or from the other nations using Sputnik V.

A preprint3 from the Italian Hospital of Buenos Aires in Argentina reported no cases of clotting disorders or adverse events of special interest among 683 health-care workers vaccinated with Sputnik V. And an analysis of 2.8 million doses of Sputnik V administered in Argentina reported no deaths associated with vaccination, and mostly mild adverse events. Furthermore, a study posted as a preprint in May, from the republic of San Marino, found no serious adverse events in 2,558 adults who received one dose of Sputnik V and 1,288 who received two doses4.

Virologist Alyson Kelvin at Dalhousie University in Halifax, Canada, says there is a theory that the clotting disorder is associated with viral-vector vaccines, but adds, “I don’t think we have exact causation of what component of those vaccines are causing it”, or whether Sputnik might also be affected. She notes that although the phase III study of Sputnik V enrolled only 21,977 people, and thus was too small to pick up rare adverse events, the vaccine is now in widespread use globally, which means that reports should appear “if a safety signal comes up”.

It is not clear whether Russia is in a position to detect such rare events. Those associated with the Oxford–AstraZeneca vaccine first came to light through adverse-event monitoring in Austria, which prompted the EMA to review the vaccine’s safety.

But Russia’s adverse-event monitoring might be less effective, Kulish argues, partly because of a cultural resistance to seeking medical care. “Most Russian people will call [the] doctor only when they cannot breathe any more,” he quips. Furthermore, doctors in remote regions of Russia might not connect a stroke caused by blood clots, for example, to a recent vaccination, he says.

Argentina has not reported any clotting events, despite receiving more than four million doses of the vaccine, Kulish notes. Serbia, which has also been using Sputnik V widely, has so far reported no cases of the blood-clotting condition reported with other adenovirus vaccines.

WHO and EMA wait to authorize Sputnik

Scientists say that concerns over side-effect monitoring could be why the WHO and EMA are yet to issue emergency-use authorization. The WHO has requested more data from the Gamaleya Institute, and inspections by the agency of Russia’s vaccine-manufacturing and clinical-trial facilities are ongoing. So far, nine sites have been inspected, and the WHO has flagged concerns over one manufacturing site. Similarly, the EMA lists the vaccine’s authorization as being under “rolling review”.

Sputnik’s developers have accused the European Union of being biased, citing a comment from EU internal-market commissioner Thierry Breton in March that the EU has “absolutely no need of Sputnik V”.

Kulish suggests there is also a “pro-Pfizer” stance within the EMA that is hampering Sputnik’s quest for authorization — a reference to the Pfizer–BioNTech vaccine co-developed by Pfizer in New York City and BioNTech in Mainz, Germany. A spokesperson for the EMA responded to that suggestion by pointing out that “the same standards” apply to all COVID-19 vaccine applicants, “no matter where in the world they are located”.

Toole says he suspects the EMA’s main concern is that “they’re not that comfortable” with Russia’s adverse-event surveillance.

There are also concerns about Sputnik in Russia, which has high rates of COVID-vaccine hesitancy. A survey in March suggested that 62% of Russians did not plan to get vaccinated, and Russia is now introducing mandatory vaccinations for some government and other workers to boost vaccination rates. As of 28 June, only around 15% of Russia’s population of more than 140 million had received one dose of a vaccine.

Several other studies are currently under way in countries that have approved Sputnik, including in Argentina, Venezuela, Russia and Turkey, which should help to build a more accurate picture of the vaccine’s safety and efficacy.