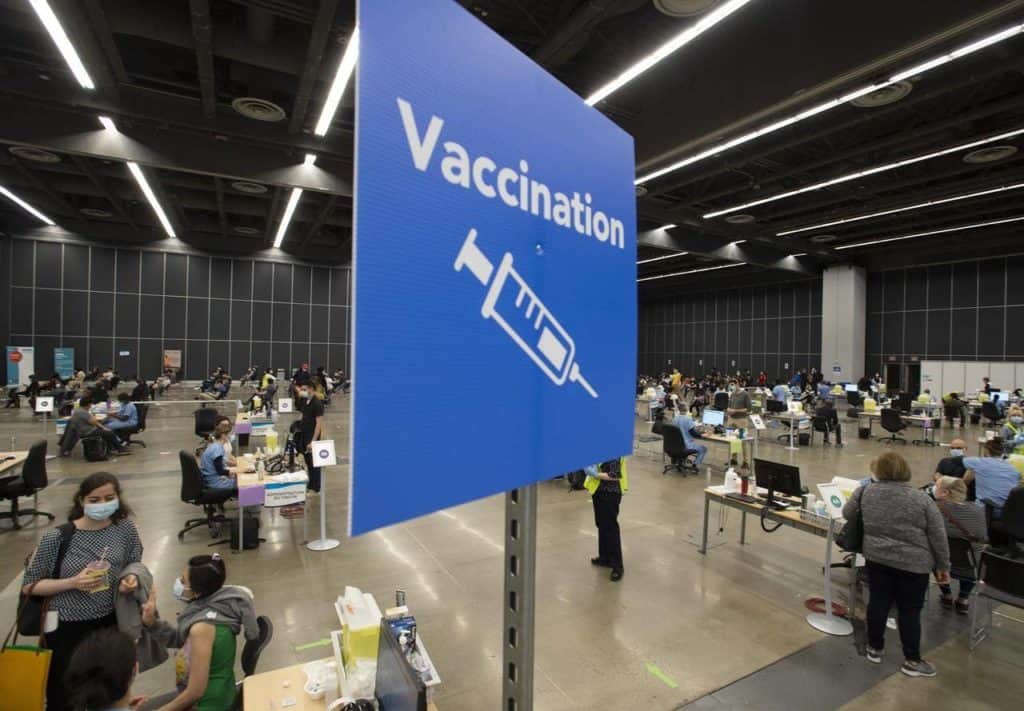 Why Parents Still Hesitate to Vaccinate Their Children Against COVID-19

As of early December, more than 2.3 million children aged 5 to 11 years had developed COVID-19 and 209 had died. Although a vaccine that’s 90.7% effective in preventing the illness was authorized for younger kids in late October, these figures apparently aren’t convincing enough to persuade many parents to vaccinate their children.

According to a recent survey by the Kaiser Family Foundation (KFF), only 27% of parents of 5- to 11-year-olds are keen to immunize their children against COVID-19, whereas 30% said they definitely won’t vaccinate their children. One-third of parents said they’ll “wait and see” before deciding how to proceed. Pediatrician Paul Offit, MD, a member of the US Food and Drug Administration (FDA) advisory panel that recommended the Emergency Use Authorization (EUA), said he isn’t surprised.

“The uptake will be slow and low,” he said in an interview.

Offit has been on the vaccinology frontline for decades and coinvented a rotavirus vaccine marketed as RotaTeq, which the FDA approved for infants in 2006. Once notorious for causing severe diarrhea and vomiting in young children, rotavirus now rarely infects immunized individuals. Although the illness is less deadly than COVID-19, Offit didn’t see the same backlash against rotavirus vaccine that the COVID-19 vaccine currently receives. “It was a little squirt in the mouth, and I think that was just more palatable, so to speak…than injecting somebody with a vaccine,” he said.

Nevertheless, the CDC reports that more than 90% of US children up to age 24 months are immunized via injection against several diseases, including measles, mumps, and rubella; almost 93% have received at least 3 of the 4 recommended injections of polio vaccine. And approximately 95% of kindergarteners had received state-required vaccines for the 2019-2020 school year.

So why are parents more hesitant when it comes to the COVID-19 jab? For many, the answer is related to familiarity with the vaccines in question. Shots to protect against measles, mumps, and rubella have been around since the 1960s. But the first COVID-19 vaccine was created last year; it’s still relatively uncharted territory. And unlike parents of the 1960s, today’s parents may be inundated with social media and internet messages promoting misinformation about or mistrust in vaccines.

In the KFF survey, too little track record with the COVID-19 vaccine was the chief concern among parents with children aged 5 to 11 years.

“With any unknown, parents are very frightened of doing something to their child that might have long-term ramifications,” said Gabrielle Shapiro, MD, chair of the American Psychiatric Association’s Council on Children, Adolescents, and Their Families. When it comes to forgoing COVID-19 vaccination, “the primary reason I hear is, ‘it’s too new; it’s experimental,’ [and] as a psychiatrist, I think as any physician, we’re tasked with clearing up the misinformation.”

“The biggest concerns are about potential unknown long-term effects and serious side effects of the vaccine,” said Liz Hamel, director of KFF’s Public Opinion and Survey Research program team and lead author of the survey report. “That’s really consistent with what we saw in terms of parents’ concerns for teens, and even the concerns leading up to the vaccines being available for adults.”

But clinical trial results demonstrate the vaccine’s safety in young children. Research published in the New England Journal of Medicine (NEJM) and funded by BNT162b2 makers Pfizer and BioNTech found no serious vaccine-related adverse effects among the 1517 fully vaccinated 5- to 11-year-old participants. After a median 2.3-month follow-up, the researchers concluded that BNT162b2 is safe, immunogenic, and effective for the young age group they studied.

There’s also growing data on adolescents. Since the FDA expanded BNT162b2’s EUA in May for those aged 12 to 15 years, approximately 15.6 million who are aged 12 to 17 had received at least 1 dose as of early December. In November, Pfizer and BioNTech announced that their vaccine prevented COVID-19 for at least 4 months among vaccinated youths in an analysis of 2228 clinical trial participants aged 12 to 15 years. Although adolescents have a slightly elevated risk of myocarditis—inflammation of the heart muscle—from BNT162b2, the chance of developing the condition from the vaccine is rare. In fact, the CDC Advisory Committee on Immunization Practices determined in June that the benefits of mRNA COVID-19 vaccines outweigh their risks, including that of postvaccination myocarditis, for all eligible age groups. (In June, BNT162b2 hadn’t yet been authorized for children younger than 12 years.)

“The real risk is reactogenicity, so it’s going to hurt where they get the shot, and that’s going to last a day or two,” according to Robert Frenck Jr, MD, who coauthored the NEJM study and is director of the Gamble Vaccine Research Center at Cincinnati Children’s Hospital Medical Center. Other adverse effects among children and teens are similar: mild to moderate headaches and fatigue that resolve within days. Flulike symptoms such as fever and nausea sometimes occur, but they also tend to resolve quickly.

Even so, parents still fear that their child will be the outlier. “You’re asking parents to inject their child with a biological agent, and I think that it’s understandable to recoil from that,” Offit said, emphasizing how “science can address those fears.”

Sara “Sally” Goza, MD, the immediate past president of the American Academy of Pediatrics, attributes parental fear to a lack of facts. “Parents are confused because there’s so much misinformation out there,” Goza said in an interview.

That wasn’t necessarily the case when the varicella vaccine against chickenpox, marketed as Varivax, became available in the 1990s. Offit recalled that uptake of the vaccine was slow, so the manufacturer launched a campaign with the stark message that some parents had lost a child to chickenpox. Before the vaccine, the illness was rarely considered dangerous, let alone lethal.

“When the company did a better job of getting the notion out there that every year, 75 to 100 children died of chickenpox—and they would show pictures of hemorrhagic chickenpox—I think it woke not only the parents up, I think it woke the physicians up to the fact that…if it can be prevented safely, it should be prevented,” Offit noted.

“They’re hearing the COVID-19 vaccine was rushed, that it’s still under Emergency Use Authorization so it’s not fully licensed under the FDA, and they don’t understand what that means,” Goza added. “That’s why I encourage any parents who have concerns to talk to their doctors.”

KFF data and research in Pediatrics show that when it comes to vaccine safety, pediatricians are among the most trusted sources of information.

“I would never tell a parent that they shouldn’t worry—that’s what parents do,” Goza said. “But our job as pediatricians is to help them to overcome that worry and know that this vaccine is safe and effective.”

Even with a physician’s reassurance, parents still fear the unknown. For example, Goza noted, many people believe that mRNA technology is new, even though it’s existed for nearly 2 decades. And the thought of new technology often comes with trepidation about the future.

According to the October KFF survey, the primary misgivings that parents express about the COVID-19 vaccine concern long-term and serious adverse effects, including future fertility issues. The COVID States Project—led by a consortium of researchers from various institutions and fields—published similar findings about long-term effects in one of their October survey reports. But such concerns have been addressed, and in many cases, disproven. Based on historical vaccine data, most adverse effects occur within the first 6 weeks of immunization, and negative long-term effects are unlikely.

“We now have over a year’s worth of data of this vaccine being given, and we’ve not seen any long-term serious side effects from it,” Goza said.

While serious adverse effects such as anaphylaxis or thrombosis are possible, they’re also rare. And researchers have found no evidence that the COVID-19 vaccine leads to infertility. Despite the lack of severe complications associated with the COVID-19 vaccine, hesitancy remains high. Yet, there was a time when vaccines were embraced by the public—even following a pharmaceutical disaster.

A Time of Trust

During the late 1940s, polio became so prevalent in the United States that many individuals practiced social distancing. When Jonas Salk, MD, invented the polio vaccine in the 1950s, the public revered him. Polio mainly affected children, and those afflicted often became paralyzed. In 1955—the same year that the vaccine became available—batches containing a live virus rather than an inactive one were manufactured by Cutter Laboratories. As a result, approximately 40 000 children developed abortive polio from the vaccine; 164 were permanently paralyzed, and 10 died. But that didn’t stop most parents then—or now—from getting their children vaccinated against the disease. After a temporary suspension, the vaccine campaign went full steam ahead.

“The fact that parents were still willing to give a polio vaccine following the Cutter incident can be explained by the fact that people were more trusting of the government, the companies, and the medical community at that time,” said Offit, who wrote a book about the incident. “If public health officials said that the polio vaccine could now be administered safely, people believed them.”

Mother of All Worries

Today, the antivaccine movement is growing and highly politicized. KFF 2020 data show that trust in official sources such as the CDC has waned, especially among conservatives. Studies published in American Politics Research and Socius: Sociological Research for a Dynamic World show that compared with Democrats, Republicans are more likely to endorse childhood vaccine misinformation and are less likely to get vaccinated against COVID-19. But Offit doesn’t think that the COVID-19 political debate plays a lead role in parents’ decisions whether to immunize their children.

“Certainly, COVID-19 vaccines are political, and that has not been true in the past,” Offit said. “I don’t know whether that applies to the 5- to 11-year-olds. I think there, you’re just seeing the general vaccine hesitancy that comes with inoculating your child with a biological agent you don’t understand very well.”

“The lack of movement in younger mothers is particularly striking,” said Matthew Simonson, PhD, a postdoctoral researcher at the University of Pennsylvania who coauthored both COVID States Project survey reports. “Regardless of the cause, if moms are the ones that are more concerned and the ones taking their kid to the doctor, then the mom’s opinion is going to be more consequential for our country’s vaccination rate than the father’s opinion.”

Frenck agrees, as he mostly sees mothers during patient appointments. “Moms are making the [vaccination] decision, and if you look at who’s bringing kids into the doctors’ offices, overwhelmingly, it’s going to be moms.”

Paradoxically, some concerned parents of 5- to 11-year-olds are vaccinated themselves. “Among those parents who are vaccinated, 39% say they’ll wait and see how it’s working, and 13% say they’ll definitely not get their child vaccinated,” Hamel said, referencing a statistical breakdown not provided in KFF’s public October report.

According to Shapiro, such concerns stem from a protective instinct. “Parents are willing to take the risk for themselves with the side effects,” she said. “That’s just the nature of being a parent, thinking ‘let me be the one that has a bad result from the vaccine, I don’t want you to have it.’”

But what if a child wants the vaccine? Often, it comes down to parental consent for minors, although even that depends on state laws. Nevertheless, Frenck hopes that parents will grant the request. “A friend of mine who’s a general pediatrician in the community said, on more than one occasion, they’ve had a teenager come in to get a vaccine and Mom hasn’t been vaccinated, and so the teenager talked Mom into getting a vaccine before they left,” he said.

Goza had a similar experience. “I actually had a parent in not too long ago whose child got the vaccine because they really wanted it, and the parent still wasn’t vaccinated,” she said. “It does happen.”

Experts hope that momentum for the vaccine continues—especially since winter is coming.

“Health professionals need to support parents and families, help educate them, and try to get as many children vaccinated as possible,” Shapiro said. “We need to work together to get past this pandemic.”